Thinking about a Nordictrack exercise bike? These are some of the most popular home stationary bikes on the market right now.

The Nordictrack name is a solid one – and nobody can really compete with them as far as entertainment options go (at least not right now anyways).

So let’s peak behind the curtain and go over a few things you should know about these stationary bikes.

Note that not all of Nordic track models will have all of these features – we’re mainly talking here about the new crop of bikes on the market, not older models (which aren’t as good values when compared to today’s models):

The Nordictrack brand is owned by ICON Health and Fitness – pretty much a monster in the industry. They also own brands like Proform, Reebok, Weslo and Freemotion.

Nordictrack is their higher end home brand and – while not commercial grade – ICON does tend to put some of their best construction and newest toys on Nordictrack machines first.

These are mid-grade to higher end bikes. You’ll find recumbents, uprights and even indoor cycles now being offered on the brand name. Prices start about $799 and up. 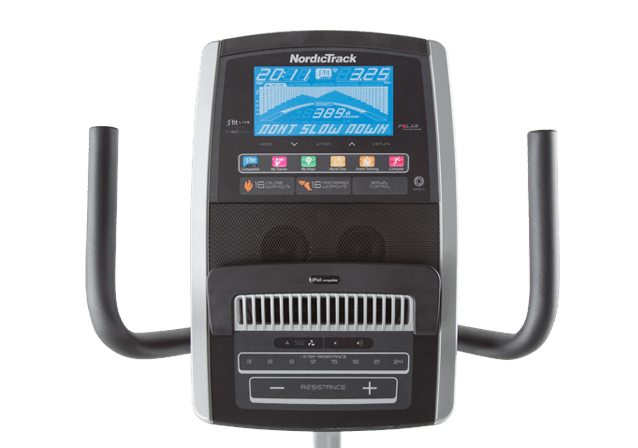 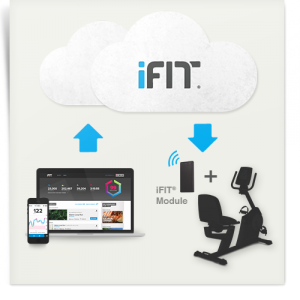 As stated above, nobody can really touch Nordictrack when it comes to entertainment options (except maybe Proform and a few $4000 commercial brands).

Part of the reason for this is the addition of iFit LIVE onto their bikes. This is a technology that connects your bike to the Internet. From there you can track your workout stats, set and reach new goals, download new workouts and even race against your Facebook friends.

It’s a very cool technology that gives you endless things to do. And compared to other bike brands’ boring old stats-only consoles, it just shines in comparison.

Another thing that adds some entertainment is that many bikes carry iPod docks with speakers.

So you can plug in your iPod and listen to your favorite tunes or audiobook as you cycle. While more brands are starting to add iPod docks, it’s still pretty slow going. Nordictrack was one of the first.

You want a backlit console because it’s easier to see your workout stats. There’s nothing worse than leaning up and squinting at your bike console, trying read your fitness stats. It can get really annoying. Nordictrack bikes come with bright backlit, large consoles, which is again a huge benefit if you want to actually see how far you’ve come when cycling. 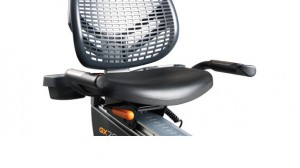 Nordic track makes a variety of padded and adjustable seats, both in their upright and recumbent bikes. While they aren’t health-club grade, they’ll still give you a very comfortable workout.

You can adjust the seat positioning to fit your body and thereby reduce the strain on your joints when cycling. 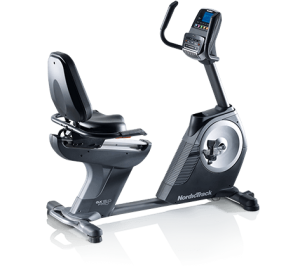 The newer models use a “step-through” design which basically means you can get on the bike without lifting your leg and praying you don’t trip over the traditional mid-section of the bike.

It may seem like a small thing, but if you’re not that coordinated, this will save you a lot of unpleasant falls and bruises.

Again, this might seem like a small thing, but when you’re sweating hot from a workout, this turns into a gigantic luxury. Most Nordic track bikes carry console fans to add some cool air to your workout.

Not a lot of Models To Choose From

Nordictrack usually produces about 12-20 new treadmills every year, but only a few new bikes. So you don’t have a ton of options. It might make it easy to make your choice, but it would still be nice if they varied their options a bit. Some of the most popular right now are the Commercial VR Pro Recumbent and the GX 4.2 Upright

I’ve seen some older Nordictrack bike models floating around some stores and they don’t give you the same value as the newer models. There’s no iFit, or multiple workout programs – there’s sometimes not even a backlit console. S

o you need to be careful when shopping that you’re not getting an older, out-of-date model. It’s just not going to give you the best value for the money.

If you’re looking for a mid-range, well made bike with a lot of fun entertainment options, you’ll want to consider Nordictrack among your options. They just offer some great value – especially the recumbents – at a mid-level price point. While these aren’t commercial bikes, they also don’t charge commercial prices – so they’re very affordable without being “cheap”

If you want to browse the latest Nordictrack exercise bike models for sale (and get Free Shipping) click here. 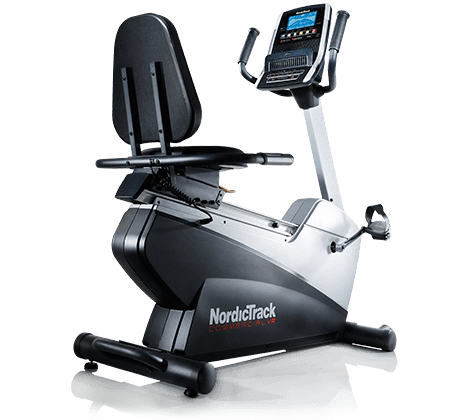 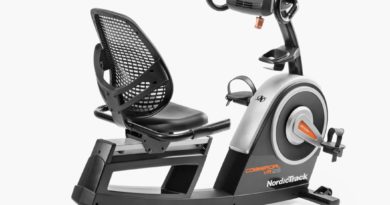 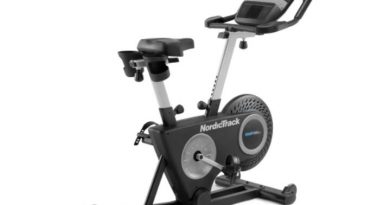