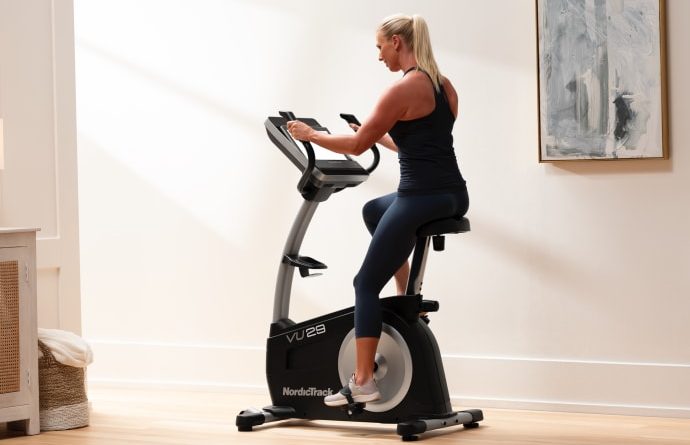 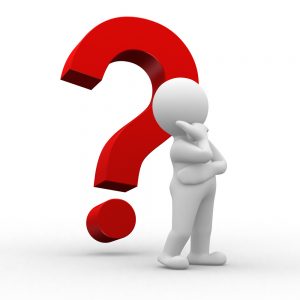 Trying to decide between a recumbent vs upright exercise bike?

Which one is best for you?

Well, they each have their own benefits. Depending on what you need and what you want to achieve, there will be one that is most suited to you than the other.

This post will break down some of the differences between recumbent or upright exercise bikes. So you can choose which type of bike best fits your lifestyle and preference.

So here we go:

Recumbent vs Upright Bike: The Case for the Recumbent Bike

Recumbent bikes are known as the more comfortable exercise bikes on the market.

Your body is placed in a semi-reclining position in what is essentially a bucket style seat.  And your legs angle out in front of you to reach the pedals – instead of hanging down as they do on an upright bike.

Recumbent bikes are obviously more comfortable than upright bikes for many people.

Plus they also provide back support. The advantage is that if you’re more comfortable, you’re more likely to use the bike over the long term.

Recumbent bikes also provide more efficient blood flow throughout your body when exercising and help to better work the abdominal and core muscles.

These bikes are generally safer to use since you’re closer to the ground. While they used to come with a large, annoying barrier between the pedals that you had to step over, these days this barrier has been removed.

Most newer recumbent bikes come with an easy step-thru design. So they are easier to get on and off than an upright bike.

This also makes them easier to use and it makes them a great option for the elderly, the injured or for those who don’t have a lot of fitness experience. 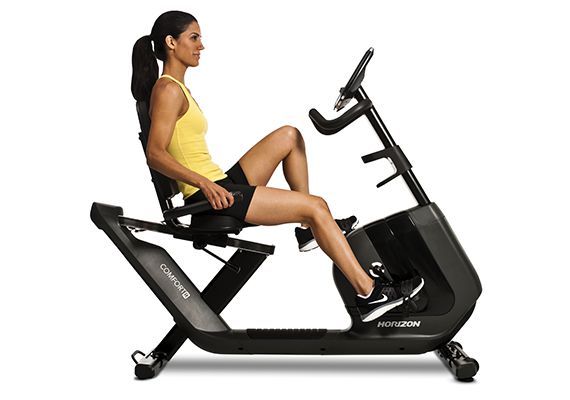 Some experts feel that you can’t get the intense workout with a recumbent as you can on an upright bike. However there are other experts that say you actually get a better workout on a recumbent (since you can’t ‘cheat’ and stand up as you can with an upright). So the jury is still out here.

Also, recumbent bikes can be slightly larger and heavier than upright bikes which means they may be more difficult to move around.

A good recumbent will also tend to be slightly more expensive than a similarly made upright.

Recumbent vs Upright Exercise Bike: The Case for the Upright Bike

You can think of the upright bikes as the traditional exercise bikes that have been around for years. They are similar in form and layout to classic outdoor bikes where you sit on the bike seat and your feet reach down towards the ground to touch the pedals.

Please note that as of this writing there are really 2 styles of upright bikes. There is the classic upright bike seen here:

And there is the spin bike – also known as a training bike or studio cycle, seen here:

Spin bikes tend to be more expensive with more bells and whistles than upright bikes. They are kind of like the next generation of training bikes that give you a much more immersive experience than past upright bikes.

You can also get things on studio bikes like handweights included, wireless heart rate monitors and more.

Regardless of which style of upright exercise bike you choose, many of the same points apply here to either style of bike.

Upright bikes give you a great lower body cardiovascular workout – some would say better than the recumbent bike. They also fit easily into small spaces and some even fold up.

Upright bikes give you a cardio workout that focuses mainly on your quadriceps (whereas recumbent bikes focus more on the hamstrings and glutes).

Plus, as stated above, if you get an upright spin bike or a studio bike you can get a much more immersive experience. Some bikes like the Nordictrack S22i even come with incline and decline as well as streaming workouts and world trail rides

Upright bikes can become extremely uncomfortable over time – especially if you get a cheap one with a minimally padded seat.  And if it hurts to ride on it, you’re not going to use it. Same goes for any family member that also uses the bike.

The solution here is to go with a higher quality bike as you’re also going to get a higher quality seat. Also, many upight bikes will now let you replace the seat with a new one if your seat gets uncomfortable over time.

Want to read while you’re cycling?

This is also much harder to do on an upright than with a recumbent. So if the upright bike you get doesn’t give you a lot of options, it can get boring and cause you to use your bike less.

Then again, if you get a bike with a magazine holder or one with streaming classes in the console, this can add some fun to your workouts. There are more options every year added to these bikes to make it more entertaining for you.

So those are some of the main advantages and disadvantages of recumbent vs upright exercise bikes. But let’s cut to the chase and answer the question that you really want to know:

Which Bike is Better for Calorie Burning: Upright vs Recumbent?

Good question. Unfortunately, I don’t have a definitive answer. Because it really depends on you.

The harder you work on a machine, the more muscles you use and the longer you use it, the more calories you’ll burn – period.

So let’s say that an upright bike may burn more calories during a one-hour workout than a recumbent.

But if it’s so uncomfortable after 30 minutes that you have to stop, you’re way ahead if you go with a recumbent that will be more comfortable (and keep your little butt in the seat for an hour).

It also depends on resistance. So if you get a recumbent bike with 10 levels of resistance (not a lot), you may top out after about 3 months – and have nowhere to go.

Now compare this to a recumbent (or upright) with 25 levels of resistance. You can keep burning calories for a long time, always pushing your body to new heights, without slowing that calorie burn.

So again, which bike is better for calorie burning really comes down to you: how much you use it and how intense your workouts are going to be.

Bottom Line on Recumbent vs Upright?

So the bottom line is really this: what gets you excited about working out?

What style of bike will you feel most comfortable on? And what are your goals?

Once you know the answers to those questions, you’re in a better position to decide the answer to the age-old question: Recumbent vs Upright bike?

Want to learn more? Check out the links below: 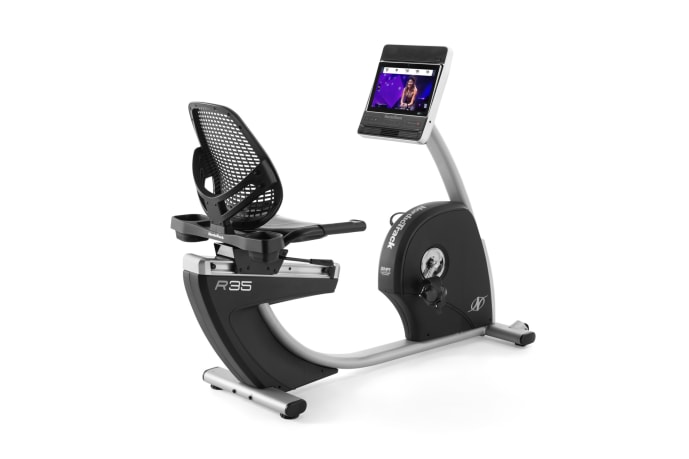 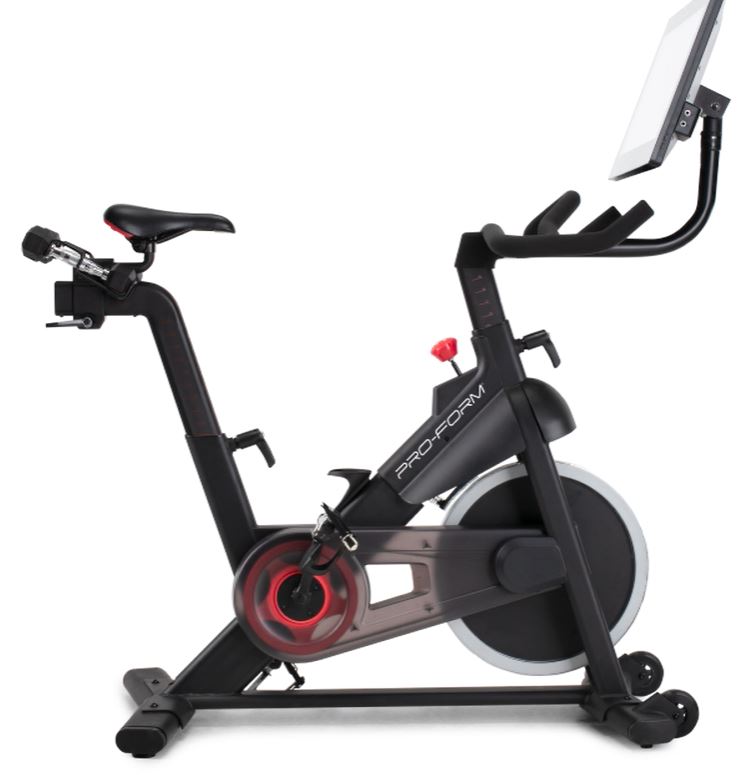 Nordictrack S22i Bike – A Good Buy for You?

3 Ways Recumbent Bikes Can Benefit You 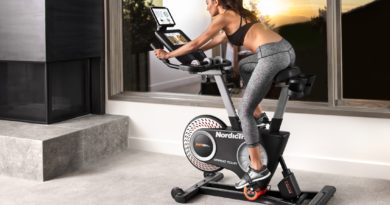 Stuck Inside? 3 of the Best Exercise Bikes to Replace Your Gym Membership (or Outdoor Rides) 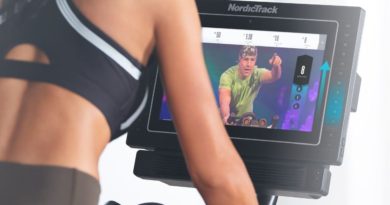 One thought on “Recumbent vs Upright Bike – Which Should You Choose?”