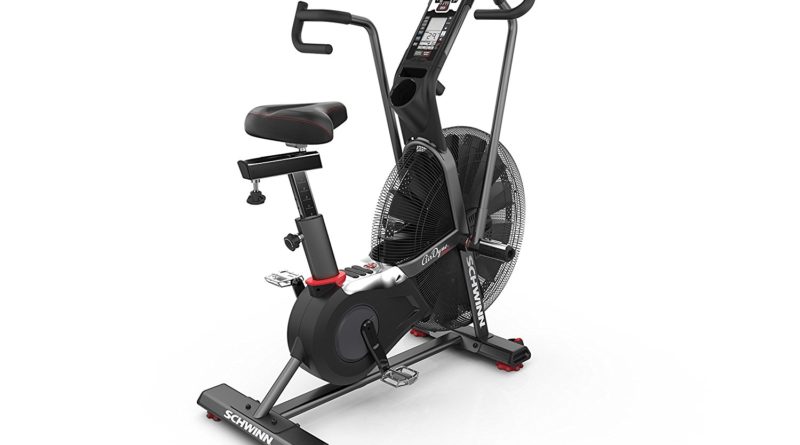 Trying to compare the Schwinn Airdyne vs Sole SB800?

These are both air bikes and also what is known as dual action bikes – you can work both your upper and lower body on them.

With air bikes you don’t get a set number of resistance levels – you create your own resistance by how hard you pedal. If you’ve ever tried one of these things, you’ll know how hard – and how quickly – you sweat on them. They’re great calorie-burners.

So what’s the difference between the Schwinn Airdyne and the Sole SB800? Here’s a rundown of the main differences to help you choose the best bike for you.

While prices vary depending on where you get these bikes, the price is generally the same on both bikes. The Schwinn Airdyne Pro comes in around $999 with Free Shipping here.

And the Sole SB800 comes in around $999 with Free Shipping here.

The consoles are also very similar however the Schwinn Airdyne Pro has a slight edge as it also has a Tachometer that visually signals how hard you’re exercising. This can be a great motivational tool that urges you to go further: 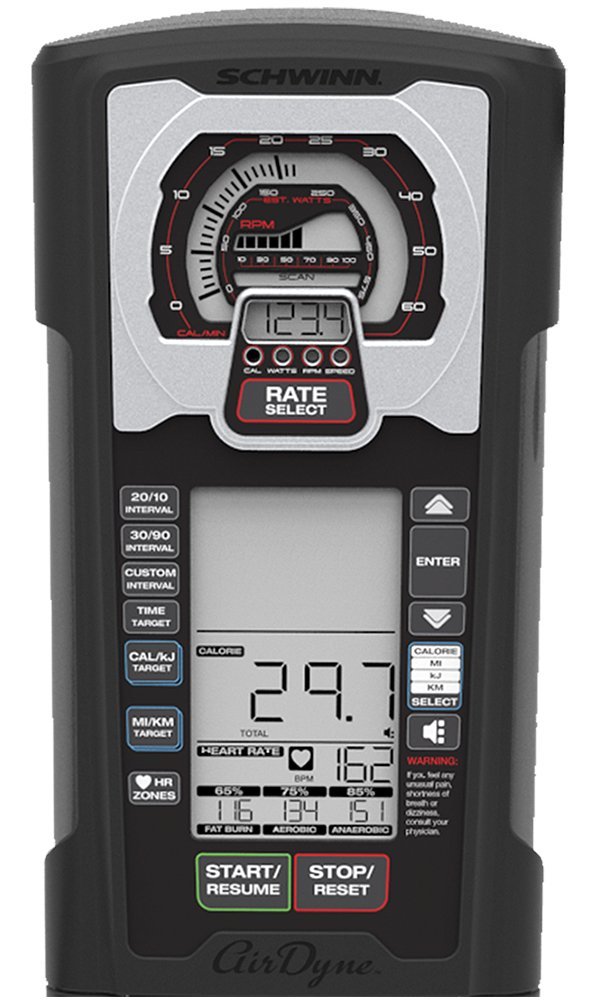 The Sole SB800 gives you much of the same information as the Airdyne Console – however there’s not Tachometer: 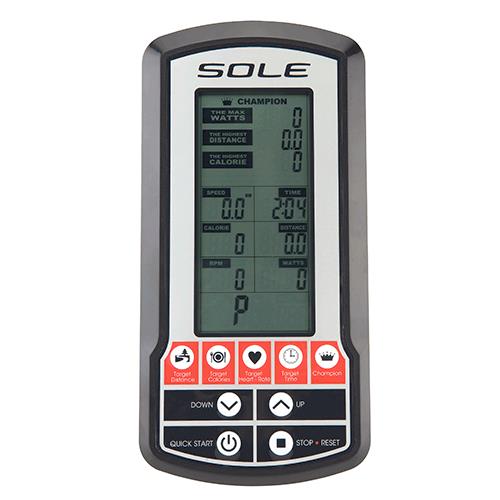 There’s no doubt that the Airdyne Pro is more stable than other Airdyne models. However I’d have to say that the Sole SB800 takes the prize here – mainly because it’s a lot heavier. 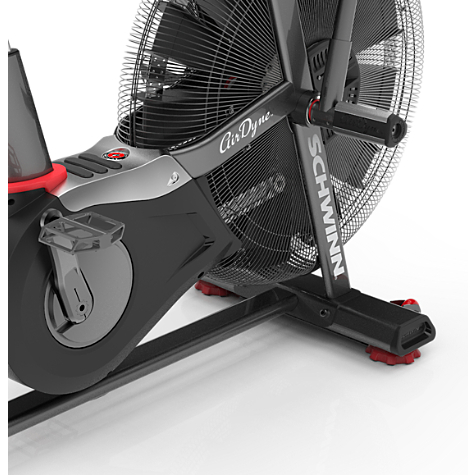 The Airdyne Pro comes in around 113 pounds whereas the Sole SB800 comes in weighting 172 pounds – over 50 pounds heavier. Plus the Sole SB800 was really manufactured for light commercial settings – so it’s going to be able to take a bit more use – and abuse. 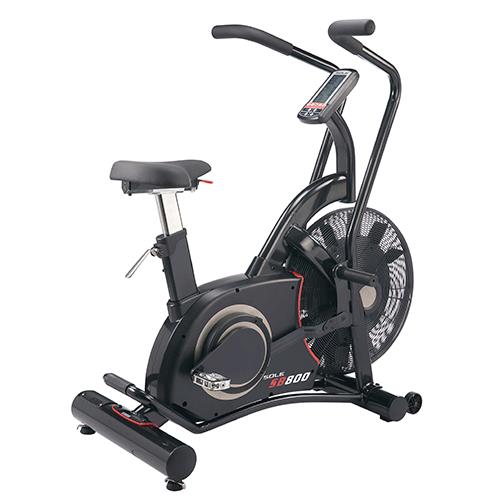 Some people have complained in the past about the Airdyne bike arms being too short – especially for shorter users. However some Airdyne users have said the bike arms were fine.

It does seem that the Sole SB800 does have slightly longer arms however. You be the judge – Here’s the Airdyne:

While both bikes are impressive, overall I find that the Sole SB800 has a bit nicer looking fit and finish. This may jut be because it’s made for light commercial use.

The Schwinn Airdyne Pro and the Sole SB800 are both higher-end dual action bikes that can take a lot more use than former Air Bike models.

They also have better consoles and have even added some built-in workouts – another improvement over past models.

Well the Sole SB800 seems to have the advantage as far as stability and upper body arms. However the Airdyne Pro does have a slightly more sophisticated console.

So it depends on what you’re looking for at the end of the day.

Click Here for a Special Discount on the Sole SB800

Click Here for Free Shipping on the Schwinn Airdyne Pro 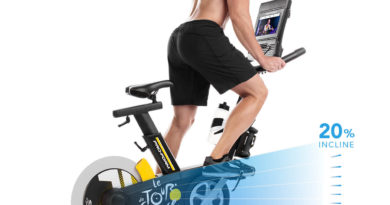 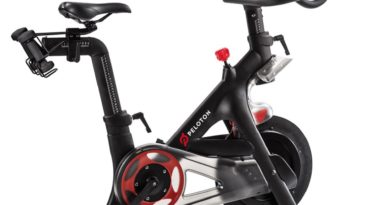 Nordictrack S22i vs Peloton Bike Comparison – Which is Best for You? 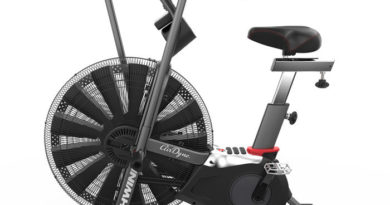