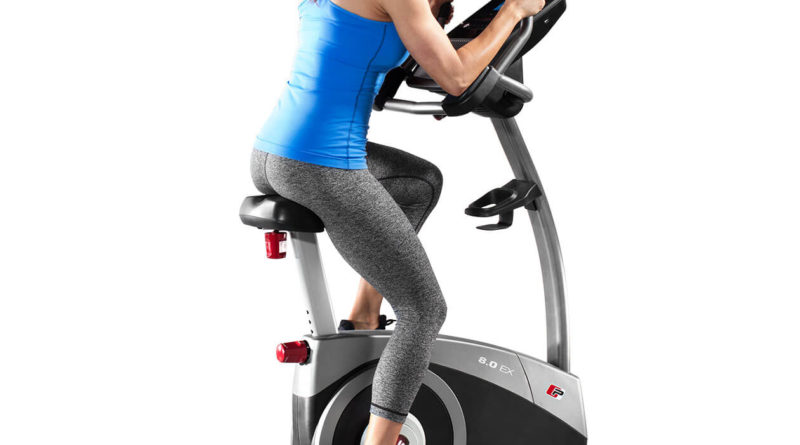 Trying to compare an upright bike vs indoor cycle?

The traditional upright exercise bike is really the bike that started it all.

For those of us who were around in the 80’s, most of us can remember the classic upright, hard-as-rocks seat, knob-resistance upright home exercise bike that sat in many basements.

Since then however, the upright bike has evolved with more comfortable seats, better consoles and magnetic resistance levels to give you a more comfortable, entertaining workout.

However there’s a new kid on the block – the indoor cycle (also called the spin bike, indoor bike or cycling bike).

The indoor cycle is more advanced and tends to have a few more premium features on it. Judging by sales results from different fitness equipment companies, the indoor bike is currently leaving the upright bike in the dust.

But it’s not for everyone – the classic upright bike does have some benefits as well.

This post will help you compare the classic upright bike vs indoor cycle to help you find the right option for you.

You’ll also find some of the most popular models in each category below to give you some ideas as to which bike really grabs your interest.

So let’s dive in:

In general, because the upright bike tends to be simpler with less gadgets and features, they run a bit cheaper than the indoor cycle.

So from an affordability perspective, the upright bike has an edge here.

So overall, a quality upright bike will cost you a few hundred dollars less than a quality indoor cycle.

Again, this is going to vary with the make and model of each bike.

However, in general, indoor cycles tend to have more entertainment and tracking options. So you can really take your workouts to the next level and enhance your training.

One of the best features of the newer indoor cycles?

While this isn’t found on all indoor cycles, they are found on several – the most popular of course being the Peloton bike, which gives you streaming Peloton classes.

However Peloton is not the only game in town these days.

The Nordictrack S22i bike also offers streaming classes – for a cheaper price. Plus, you also get to ride world trails and watch the scenery pass you by for a more virtual-reality style biking experience.

The Nordictrack S22i bike also comes with incline and decline – another feature that gives you a more immersive training experience.

The Proform Studio Bike Pro is another example of a bike with streaming classes as well (but no incline or decline).

All of these bikes can also track your workouts, show you how far you’ve come and help you set new goals. So you really get a lot more control and tracking over your workouts with these bikes than with a traditional upright bike.

Also, you’ll probably notice that, depending on the model, most upright bikes have much simpler consoles (with less features) than many spin bikes.

Now compare this to the the Nordictrack S15i indoor cycle console below – with a full-color, HD, touch-screen:

This is quite a difference.

That’s not to say you can’t find spin bikes with simple consoles – or upright bikes with fancy, color consoles. But in general, indoor cycles are just more advanced in terms of console graphics and console features.

The seat is a big thing for many people. Most people remember the rock-hard seats that usually came with classic upright bikes in the 80’s and 90’s.

While upright bike seats have gotten better over the years, the seat issue still remains a problem with many people.

This is especially true if you get a cheap upright bike (which is almost guaranteed to have an uncomfortable seat and have you aching after the first 10 minutes).

Indoor cycles can also give you uncomfortable seats. However they tend to be more streamlined and comfortable in general.

Plus there’s another major difference. With a quality indoor cycle, you usually have the option to swap out the seat it comes with and use a seat of your choice.

With many indoor bikes you can’t swap out the seat (or if you can, it takes a lot of work on your part to find a new seat that will actually fit that particular bike).

Many indoor cycles also give you the option to swap out the pedals or toe cages as well – giving you more control over your riding experience.

What does this mean for you when comparing the upright bike vs indoor cycle? Ultimately the upright bike gives you a more comfortable ride with more control over your pedals and seat options.

Another design difference you’ll notice between the upright bike vs indoor cycle is the positioning of the flywheel or main wheel.

The front flywheel placement on an indoor cycle tends to have the effect of making the bike a bit more stable – especially when you pick up your pace. So if you plan on heavy, intense workouts, this is also something to keep in mind.

So which is better when comparing the classic upright bike to the indoor cycle?

Well, each has benefits. The upright bike tends to be more simple and affordable. And some people really want this – they don’t care about a lot of fancy bells and whistles.

However the indoor bike tends to give you a lot more training and tracking options, higher stability, better consoles and a lot more entertainment features for a more immersive riding experience.

So it really depends on what you want.

We’ve listed a few popular upright and indoor training bikes below – with links to more info on each. So you can easily compare and contrast these bikes with what you may want in a home exercise bike.

This bike is the ultimate bike for a more immersive experience. You get a massive 22-inch, full-color, touch screen console where you can stream spin classes directly to your machine. You can also choose to ride famous trails all over the world – from the streets of Paris to the great wall of China.

Plus the bike will incline or decline to match the actual terrain of the trail you’re riding for a more virtual reality feel. And for upper body training, you also get a free pair of 3-pound handweights that fit neatly into the shelf console.

Click Here for A Special Offer on the Nordictrack S22i

Like the Nordictrack S22i above, you can also stream fitness classes or world trail riding to this bike. However the console is a bit smaller on the Studio Bike Pro.

You also get a pair of 3 pounds handweights included to train your upper body. Also, the bike is completely adjustable to suit your body – from the seat to the height of the arm rests to the interchangeable pedals and more.

Click Here for More on the Studio Bike Pro

This is a little more lightweight than the two bikes above. So it’s not going to give the same stability. It also has a fairly basic console that is a bit hard to read.

However it’s also very affordable – which is great for those on a budget. And there’s a holder for your tablet. So you can attach your tablet to the bike and watch movies or surf the net as you ride.

This is very popular because it gives you something most upright bikes don’t – a full color, HD, touch-screen console. You can also stream cycling classes and world trails rides through your console as you ride for a more immersive bike expererience.

There’s also a pivoting tablet holder above the console for your tablet. So you can surf the net as you ride. And you can challenge yourself with up to 24 different resistance levels.

This is a well-designed upright bike with a 2-window, backlit console and media shelf. So you can store your tablet or phone and watch shows as you cycle.

There’s also multi-position handlebars with elbow rests for added comfort – something you don’t usually find on an upright bike.

Another nice touch is the gel-moulded seat for added comfort.

Related: Nordictrack S15i vs S22i Studio Cycle Comparison – Which is Best For You? 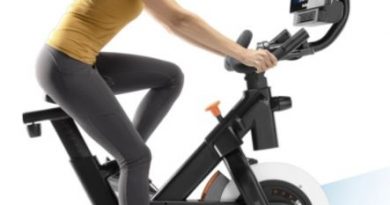 Nordictrack S22i vs Proform Pro 22 Bike Comparison – Which is Best for You? 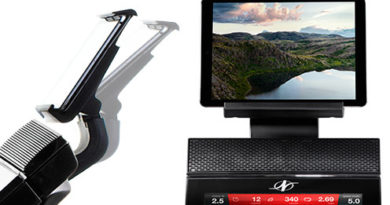 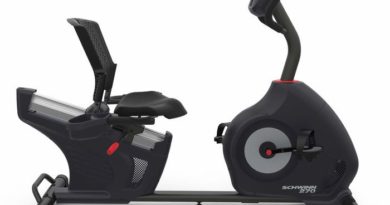